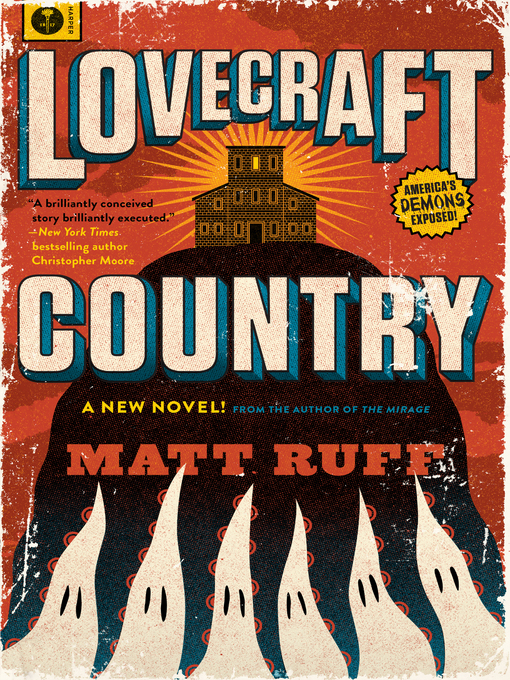 By now you’ve probably heard of the tv show coming to HBO that was inspired by this novel. This might be the one case of an adaptation potentially having the capability of being better than the book.

Lovecraft Country unfolds as a series of character driven vignettes. The character you follow in one will not be the main perspective in the next, but will most certainly drop in as every story leads to or from the ones around it. But the overarching plotline is this: being black in 1950s America sucks, as it has for a long time. But it sucks even more when the world of Lovecraft actually exists and a natural philosopher (read: magician) wants to use your family and friends for his evil plots.

Monsters, other planets, incredible racism – they all neatly come together because let’s face it, Lovecraft was a massive racist. And at the same time has had an undefinable influence on science fiction and horror.

Author Matt Ruff deftly interweaves these notions in a book that will take you very little time to blow through. The friendly, young adult-esque writing breaks the experience a bit but it doesn’t make the horror any less horrible. The less is more school of writing it seems.

I enjoyed it, because it feels both familiar and original. Reframing a known quality to highlight something else a la the most recent Watchmen.

Which is why I think the show, produced by Jordan Peele, has a big advantage. There’s a lot to mine here and the book is a little cursory. I don’t think Peele and HBO will hold back on the horror. They’ll give us a Stranger Things powered not by nostalgia, but by something a little deeper. And I guarantee more horrifying.