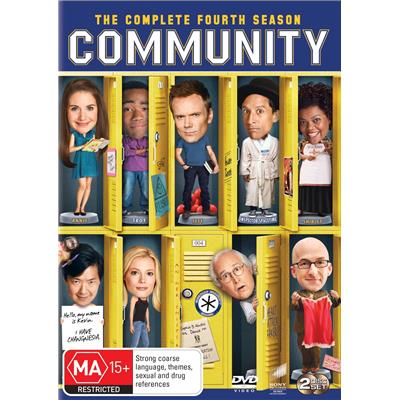 I was rather surprised by Season 4. Generally, season 4 is panned because showrunner Dan Harmon was forced out for reasons I’m too lazy to look up. Since the show is clearly heavily influenced by Harmon’s unique brand of humor, it’s not surprising critics caught on. But that wasn’t my reaction.

There’s a lot of strong episodes in here. The Inspector Spacetime episode. The Freaky Friday episode that was surprisingly heartfelt where Troy and Abed pretend to be each other. And Jeff’s emotional reunion with his estranged asshole father. Now that I think about it, this season really went for the heartstrings there.

Still some great humor, like Abed trying to go on a date with two girls at once and eventually ending up with a young Brie Larson (who disappears thereafter sadly.) But there’s a couple extra faults here. Chang pretends to have “changnesia” having been deposed as security officer dictator the previous season. A valiant effort as a restart to his character, and a great opportunity to showcase more of Ken Jeong’s great comedy, ultimately falls flat when it’s shown he’s faking it. They immediately ditch the story line in the next season.

Season 4 is also almost 13 episodes long. And it ends on two of the worst Community episodes I have seen. AND Chevy Chase announced his departure halfway through the season so he literally just stops being in the show and the characters have to cover for him. It’s odd and jarring.

Also, poor Britta has slowly turned into such a one-dimensional character from her vibrant start. Based on my viewing so far, they don’t reverse this trend in season 5.

But I certainly enjoyed enough to keep watching