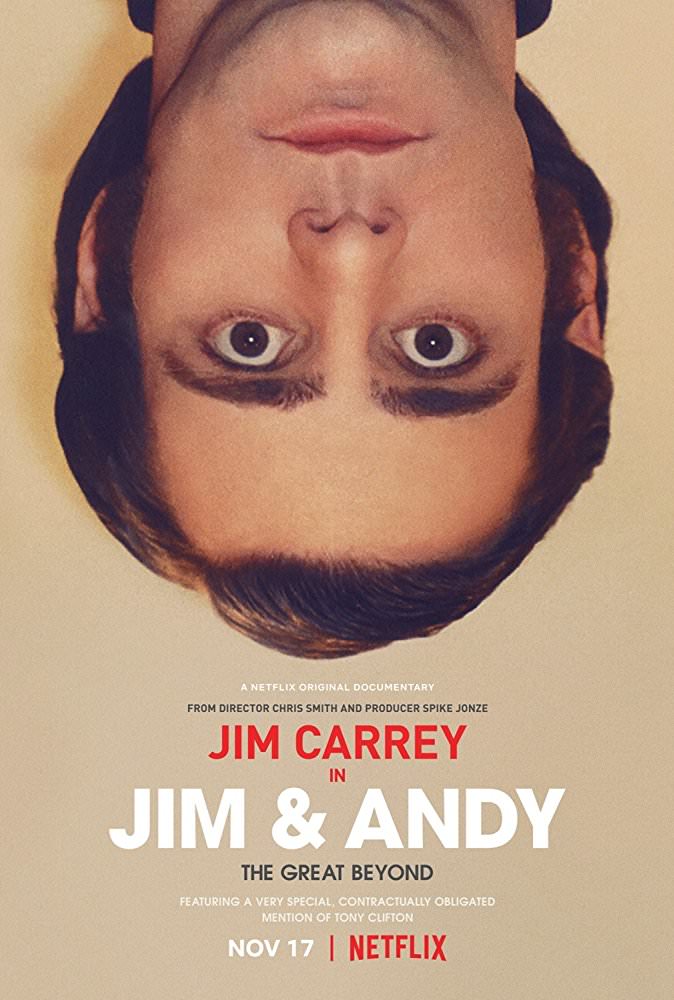 If you’re looking for an Andy Kaufman biography from a unique perspective: this ain’t it. This is the Jim Carrey show all the way, told through the lens of Kaufman. You see, we all know now that Jim is … on his own wavelength. But as this movie shows, the proof was there all along.

Jim & Andy is the story of the production of Man on the Moon, the ultimately unsuccessful biopic of comedic legend Andy Kaufman. Fresh off hit after hit, rising star Jim Carrey was the obvious choice to play the inscrutable, often frustratingly subversive, comedian. Jim Carrey completely inhabited the role. Like Daniel Day-Lewis levels. Refusing to leave character, never responding to Jim. For the cast and crew, he was Andy and his alter ego Toni.

In many ways, this leads to a lot of behind the scenes hilariousness. Watching Danny Devito react to Carrey’s antics will always be funny to me. In other ways, it was tragic. The person filming was actually Andy’s old girlfriend. And his family stopped by and talked to Jim as if he was Andy. All of this is punctuated by modern day interviews with Carrey about his experience and ruminations on life.

All of it together makes you question the merits of method acting. Carrey’s performance is incredible. But at what cost? He says he doesn’t remember much, and anything he did do was actually Andy doing it. It feels like that style of acting can fracture an already fragile mind.

One thing I know for sure, Carrey knows what he thinks. And he thinks what he knows. I saw very little doubt in his eyes. But I saw a lot of sadness. As a film I would have preferred some more interviews with other cast members, but the movie is about Jim. And I saw a man who needs help. Jim & Andy is a cry for it